To great acclaim Guernsey’s own wonderful film had its World Premier at the Curzon Cinema in London on Monday, 9th April. Starring Lilly James, Michael Huisman and Sir Tom Courtney amongst others and directed by Mike Newell of “Four Weddings and a Funeral” fame, the film tells the story of a group of Guernsey folk during the World War 2 Occupation of Guernsey by Nazi Germany.

It’s a wonderful, romantic and historic film which is guaranteed to fascinate and inspire you to learn more about our “little island outcrops” in the English Channel.

So, please visit your local cinema, see the film, be inspired and then phone Veronika on 01481 710331, to book yourself a special holiday in Guernsey at La Collinette.

We even have our own real German Bunker in the grounds of the hotel, which is now a Museum, telling a fascinating story of times during the Occupation.

”We hope to see you soon!” and always remember…….

The Warmest of Welcomes Awaits You! 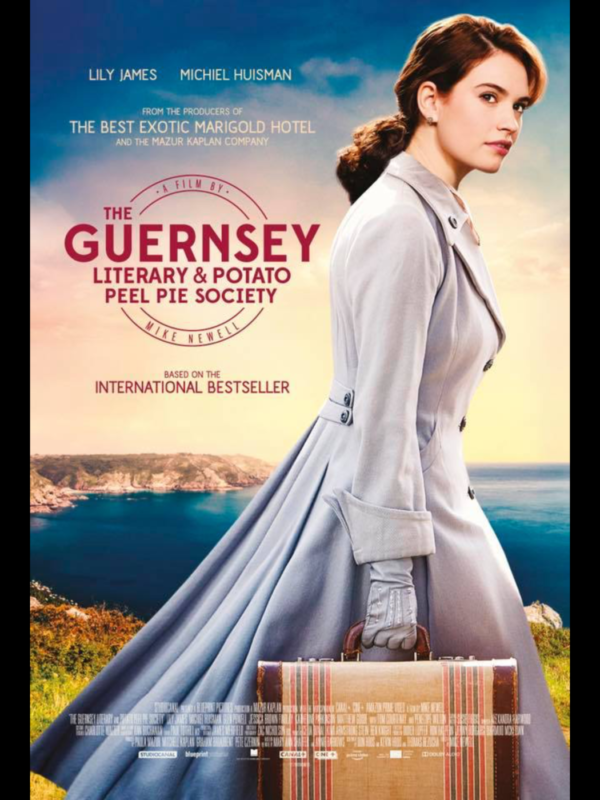 « Hundreds of Dolphins between Guernsey, Herm and Sark! | Latest Posts |